When the thirteen lost Crystal Skulls of Atlantis are all recovered and reunited – it will signal the beginning of the ascension of Mankind to the divine realm. …

The signs are strong and clear. A new dawn is at hand.

As we raise mankind’s energy and consciousness – more skulls will be found. In turn, the rediscovered skulls will further elevate the energy of the entire Planet. These Skulls of Atlantis contain energy of the highest spiritual purity, power and illumination that has been lost ever since waves washed over Atlantis tens-of-thousands-of years ago. The wisdom of Atlantis contains spiritual truths and techniques beyond our normal comprehension. This flower is blooming. 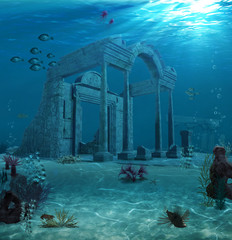 It is probably the most enduring grand mystery of all time… an enigma that was famously recorded by Plato around 360 BC (and it was ancient at that time!).  Atlantis has captured the interest and imagination of countless generations; over 2,000 books have been written on this most famous “Lost Continent”.  It has even been suggested that the longevity of the “myth”, and mankind’s fascination with Atlantis is due to the memory of Atlantis in our collective subconscious – indelibly written into The Akashic Record.

The last Golden Age of Atlantis, was the most spiritual time experienced on this Earth. Atlantis’s Glory was eclipsed, but now her ancient wisdom and wonder is rebirthing in the upcoming Golden Age. Masters, old and new, have long foretold that there would arise a NEW Golden Age. Jill Mattson, in her “You Wealth” Session – Atlantis Rising – makes a convincing case that this time is at hand! Moreover, Jill relates many of the ancient secrets that enabled the Atlanteans to achieve much higher frequencies and enlightenment.

Sages have linked “Golden Ages” – periods in which the Earth is bathed in harmonious energy – to the beginning of a Platonic Year Cycle. A Platonic Year is one cycle of the equinoxes around the ecliptic lasting about 26,000 years. At the end of an old Platonic cycle there is much discord and disruption – in the earth’s weather and geologic activity as well as in the affairs of men. The beginning of a new Platonic Year is a time of rebirth and renewal.

The past Golden Age of Atlantis was the pinnacle of Spiritual attainment, ever experienced on Earth. After shining eons, Atlantis vanished… but NOW, Her Ancient Wisdom and Glory are reborn. This time is unlike any other. The catalyst for the beautiful coming age is Lightworkers, like You! It is time to unleash your ancient mastery! Clean up stagnate karma and lift up your life.  Take a journey to connect with higher energy of Atlantis, accelerate your true purpose, receive practical insights, improve your relationships, and embody former skills. Listen to Jill and Darius on April 1.

Many of us sense… there is a far deeper truth beyond our physical realms. We CAN open our hearts and our eyes to a new reality and change our lives as a result. We can prepare ourselves for the ultimate step. We will accelerate our spiritual scope and growth. Part of Ascension and Enlightenment require opening to the deeper truths, trusting our natural feelings and reconnecting with our roots.

The longevity and the endurance of the Atlantis “Myth” are due to the permanent place this Magical Kingdom holds in our collective subconscious. Atlantis – to us – is like an instinct in a wild animal – it is naturally present in our genes & in our souls. 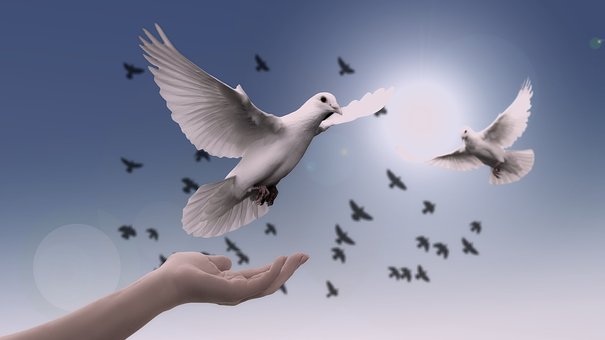 The Signs are Everywhere

The signs are clear – from old Mayan predictions, Nostradamus, Old Hebrew, John the Beloved (in Revelations: Bible)… and many others – the alignment of the stars and the events around us tell that the dawn of the New Age is at hand. We can recapture the mastery of Atlantis! Her secrets are being revealed to us! The powerful tool of the Akashic records have been regifted to mankind to aid us in transforming our souls.

The doors to the destruction of the old and the realization of our destiny are open. There will be upheaval and devastation, but equally rebirth and renewal. Destructive weather and false prophets will churn the world. Political instability and chaos will threaten. But also miracles and wonders will occur … biblical events come alive. The Lost Continent will reveal all of her secrets once again.

Think to the undeniable evidence at hand: weather calamities and natural disasters are becoming more numerous than in any period we know of… tremendous hurricanes and storms, torrential rains and severe droughts; earthquakes and volcanic eruptions of extreme violence. These – ever more prevalent natural disasters – portend monumental changes. Whatever your political views – I believe it is unassailable that political extremism is out of control. International tensions are at generational highs. More and more countries possess nuclear weapons… the earth’s ecosystem is failing… what can an individual do?

Take heart, do NOT despair, for truly Atlantis IS Rising… within You! Our collective energy will open the forbidden seals and release the secrets and marvels of a great civilization long past.

Join Darius & Jill Mattson on her new “You Wealth” interview: Atlantis Rising – The Magic Returns. Listen in as Jill and Darius dive deep into technologies, ideas and methods that have not been discussed before.

The Akashic records were located in the Great Atlantean Crystal Pyramid. Being so powerful, they have been closed to mankind for thousands of years to prevent misuse. Within the last hundreds of years, the door to this transformational tool has been reopened… preparing for…. Atlantis Rising.

What exactly is the Akashic Record? I like the description of it as the Akashic Field because a field (like a force field or a gravitational field) more clearly helps us conceptualize what the Akashic Record is – an infinite collection of indestructible energies that capture the life force and spirit force of all life and all consciousness. Everything – past, present and future about you is written indelibly in the Akashic Field. Science even suggests that consciousness is vibrating fields of energies and information (Akashic Records). Energy can be changed. And it must! …As we step into our own mastery. Your soul wants you to upgrade, rewrite all negative histories and unwanted traits … upgrade your vibrations… and yes it can be done! The universe is your friend.

Understand the real roots of today’s problems in relationships, health and work. How did a past life impact this one? Break contracts/patterns with unwanted people, energies and health issues that continually show up in your life. Undo fears, phobias, emotional patterns, genetic patterns and blockages. Allow the Akashic records to run foreword to insure you are happy with the outcome.

Why do you want to look at your Akashic Records? In past lives, you may have talents and abilities that you want to connect with? Do you like Music, Art? Architecture? Travel? Selling? Paul McCartney dreamed (accesses his Akashic records) the song Imagine. Pick stocks, find a new place to live that will suit you, love interests, work partners, understanding of your moods, to alter your job or get a new one….

Look at the worldwide knowledge about the Akashic Records:

The Return of the Mystic Third Eye – the All-Seeing Eye of the 5th Dimension enables us to enjoy the fifth dimension right here and right now. The Atlanteans enjoyed advanced psychic skills, telepathy, purity, and power we have not even dreamed of. Their pineal gland was much bigger, producing abundant light in the body and shimmering white auras. The pineal gland also acted as a portal to higher dimensions and a star gate to Masters of the Stars.  The enlarged pineal gland enabled the Atlanteans to function using clairvoyance, clairaudience and clairsentience and telepathy. Learn how to enlarge and grow your pineal gland. Enjoy Jill & Darius diving deeper into Atlantis Rising! The Magic Returns on April 1. 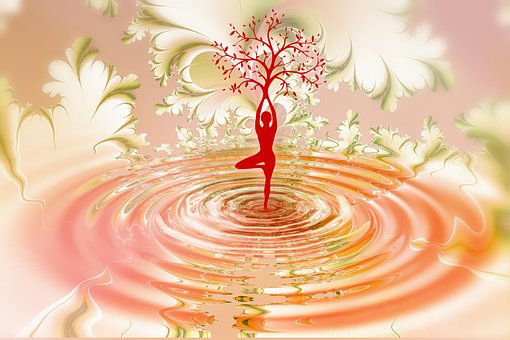 Jill has been on a spiritual quest since an early age. She spent her youth as a devout Christian, mother and charity worker. Jill naturally grew to embrace almost all faiths and was drawn to the profound healing energy of Sound & Music and Vibrational Energies that can mold and manipulate subtle energy to a multitude of benevolent ends. Jill has had soul-shaking physic encounters and learned to Channel many entities. She has been able to revisit past lives and learn many things from earlier experiences and Old Masters.

Jill believes her most enlightening accomplishment has been to combine her expertise in Healing Sound & Music vibrational frequencies with her spiritual awakenings. More recently Jill has found that certain crystal tools – such as quartz crystal instruments – have made her techniques and discoveries much more powerful. Mattson has focused on sharing lessons and information with other people who share a strong spiritual quest.

Jill feels she has been directed to study Antiquity; old civilizations and traditions. She is especially dedicated to Ancient Egypt, Old Hebrew, long lost healing techniques from a variety of traditions… and Star Codes. Most recently she has been working on the coming reawakening of Atlantis.

She has written 4 books and composed 11 musical albums. All her works concern Sound Healing Energy and Spiritual discoveries and ways that people can use these to improve their lives. She also has produced dozens of instructional videos on a wide array of topics – all centered on what she calls Total Wellness and Enlightenment based on Sound Energy/Special Vibrational Frequencies.

If you enjoyed this article, you may also be interested in: https://www.youwealthrevolution.com/blog/angels/