If, after watching Hitchhiker’s Guide to the Galaxy, you found yourself in want of a Babel Fish, you’ll be pleased to know Google’s new Pixel Bud headphones function quite similarly — except they don’t feed off of brainwaves.

On Wednesday, at Google’s Pixel 2 event in San Francisco, the company unveiled its newest and coolest technological innovations. Included, was the Pixel Buds headphones. The Pixel Buds are similar to Apple’s AirPods, in that they have a wireless charging case. However, there is one drastically different feature, and that is the ability to interpret and translate between 40 languages in real time (when connected to the internet).

Engadget reports that when paired to the Google Assistant on the Pixel 2 phone, all one needs to do is tap the right earpiece. Then, simply ask Google, “Help me speak in French.” Once you begin speaking in your regular language, the Pixel 2 speakers will deliver the phrases in French. When the other person in the conversation answers, their reply will be automatically played through your Pixel buds.

Though this is one of the first innovations to offer real-time translation when conversing in different languages, it will likely change the way we communicate when traveling. By making conversations easier to have, a lot of the stress foreigners feel will be alleviated. It will also become easier to make new connections and friends and stay safe when exploring new destinations.

The Google Pixel Buds are available in the Google store. The expected shipping time is seven to eight weeks. 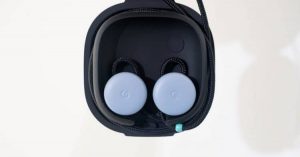 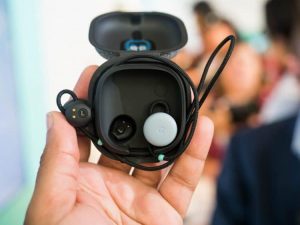 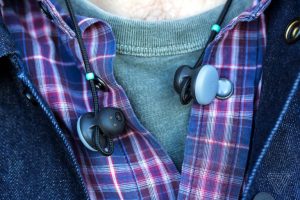 The device can translate up to 40 languages in real-time!

This could change the way we communicate when traveling

Watch the video below to learn more: