There’s an old adage in Self-Help and Spiritual Communities that goes a little something like this: “Fake it, ’til You Make It!” But what happens when you don’t make it, and what happens when you realize that faking it feels… well, fake? Isn’t Authenticity what really empowers us?
Well, it depends on what your definition of authenticity is, as well as “Intention.”

For example, with regards to authenticity, are you authentically expressing:

Here’s a great question to ask:

“Are you willing to be happy rather than right? And, “Do you realize that once you move into Happy, “right” no longer matters because you’ve “re-set” the board of creation?
With all of that going on, it seems like maybe “fake it ’til you make it” is a much better way to go, but there is a catch.

While the saying actually works at the metaphysical level, for so many, the understanding is rooted in a more old school, mental type of “The Secret” approach to creation, which for quite a few, has led to the exact opposite of what they wanted in the first place, creating more resistance, hurt, and self-hatred (read: what’s wrong with me, and why can’t I create what I want?).

For some, “Fake it til you make it” causes even more resistance at the unconscious level, because they’re pushing and “willing” creation from the mind. When they “try” and push or force, and don’t see results, they get angry or feel like a failure, etc.,

But guess what? They can’t show or express their anger or disappointment (or whatever the emotion/though/feeling is, because to do so goes against their understanding of “fake it,” and if they don’t “fake it,” they’ll never “make it!), so the frustration, anger, guilty, etc., eats away at them, and these thoughts/feelings/emotions become “collapsed” with how they feel About spirituality and “fake it til you make it.” The thought of “pretending or playing with energy now has an automatic stop-gap, middle finger type of energy because “faking it” has not yielded results, and now, it all feels like faking it!
Eventually, the energy bubbling under the surface and swirling around the subconscious has to manifest in some way, and if it comes out sideways, it can seem like it was all a lie – or bull^%#* – etc., and we wind up feeling more alone, lied to, like a failure, lost, or even broken, “why didn’t it work for me,” etc.
There are lots of levels to the psychological and energetic understanding of this phrase, and the good news is, there IS some truth, and you haven’t been wasting your time, only your energy 😉

Because creation is actually much easier than faking it! 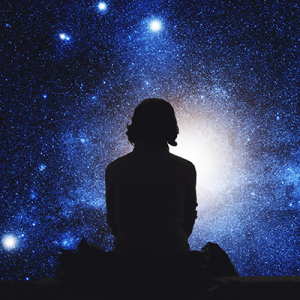 You see, feelings, not mental will or force, are the gasoline that fuels manifestation and drives the engine of our creation. Our thoughts and directions are the steering wheel and the gas pedal all in one.
In opening up to all that you are, you open up to infinite possibility: a space wherein the universe has infinite ways and means to bring you what you desire, and where you can now “BE” in the energy.
In BE-ing the energy, “faking” turns into actively creating through choice and expression, while you take steps in alignment with becoming who and what you say you are. Creation becomes about unfolding yourself and letting yourself out into the world instead of putting a band aid over what’s really there.

Think of it in this extremely hyperbolic way:

If you are in your living room, and you cut your arm, “fake it til you make it” says “Don’t you dare show pain! Slap a smile over your face (even though you’re bleeding all over your favorite couch) and mantra, chant, and play healing music until that arm heals! BE-ing the energy of Self Love – expression of love in action – just says, “Okay. This happened. Now what do you choose?” And from this space, as silly as it sounds, you can first make the choice to love yourself – not judging or looking for the why – and then you can get up, wash the wound, care for it, love it, all while knowing you are moving towards healing and becoming whole.

I’ll use another example that I know many of you will identify with: MONEY.
“Fake it til you make it” creates a confusion around money and what energy exchange really is all about.
“Well, IF I had a million dollars, I would spend it on myself. I would buy that extra article of clothing or spend a little more here and there, so that’s what I’ll do!”
Then, the credit card statement comes in the mail… DOH!
What happens next is we re-enforce our inability to create, because what we’ve just seen is that “we faked it,” and we only got into even deeper doo! So, either none of this positive energy junk works, or I must be broken. Or, we see the bill, and we think, “well, this isn’t what I REALLY know is true. I am ABUNDANT! So, I will ignore this and go do it all again.” That, too, catches up with us.
Yes, you are abundant. And yes, you can create a new scenario, AND you are energy in action.

That last word was important, “action.”

Creation is all about taking the actions that are in alignment with who we say we are. It’s about being authentic, and seeing ourselves as a journey – and loving that process, and US enough, to be still with ourselves, to feel what it would feel like, just for now, to be abundant.

Take a moment, right now, to just feel what it would feel like. Put yourself in the “end result.” What does that feel like? If the mind acts up and you begin to feel overwhelmed by the things you would have to do or be or say to get where it is you want to be, or what others might have to accept, change, do, etc., just press the pause button and consciously re-adjust and focus on what YOU would like to feel.
What would it feel like to truly be abundant – having money follow you around and land in your space no matter what you do, who you are, or where you go? What would it be like to not only be loved (because you already are), but to actually FEEL loved?

Take a moment and direct yourself to FEEL that.

Now, are you ready to know that the door is open, and that your part is to now walk through that door by consciously choosing in life the thoughts, feelings, people, etc., which are in alignment with creating more of this love and abundance?

THAT is creation, and there is nothing fake about it 🙂