Did you know that things that are, or that should be, physically impossible are happening all around us! And they are happening all the time!
The easiest way to demonstrate this is by looking at the speed of human reflexes. In a sprint, a false start is called if a runner moves before less than a tenth of a second has passed. If you begin moving before a tenth of a second, it is considered that you actually started running a moment before the shot was fired. 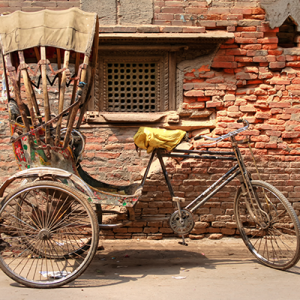 Given this limit to the speed of human reflexes, it ought to be physically impossible for professional baseball players, for example, to hit one out of three baseballs coming at speeds of upwards of 90 mph. Yet they manage to do so. The batter and the pitcher, and everyone else involved in the experience of that moment to some degree, are engaged in a sort of co-creative process.
Another example of the same phenomenon might be rush hour the traffic in Delhi!
Given the known limitations of the nervous system, the only possible explanation becomes that each participant in the process is engaging on the level of spirit. Having identified this in a few rare instances, we can now generalize from this insight to see that it applies to every interaction.

Stalactites of Time: Creating the Moment

At each moment we are involved in a creative process that produces the reality that we experience. And this process inevitably involves others to some degree. This experience accumulates over time as a sort of collective awareness.
This collective awareness or collective consciousness is an energetic matrix made up of the beliefs, customs, patterns and so forth that have accumulated in the human psyche, in the energy of the planet, over the ages, like sediment in a great river. And like anything, this matrix has its own momentum. 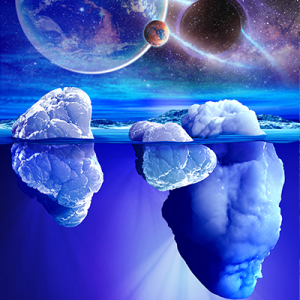 Consciousness, in a general sense, is like an iceberg floating in the ocean, with the small portion above the waterline corresponding to the consciousness mind, and the vast portion below the surface corresponding to the subconscious. The subconscious is said to run upwards of 90% percent of our lives. And just as this is true for us individually, it is also true in a collective sense: there is a collective subconscious of groups, ranging in size from family and associates to all humankind.
Collective consciousness beliefs run the spectrum. They may involve money, relationships, and finances. They often present as obstacles, as something that keeps us out of our true power. 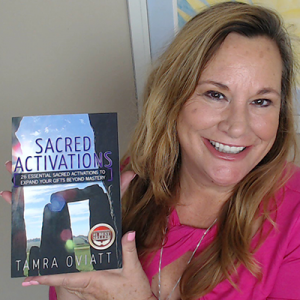 Over the years of this voyage we have witnessed so many remarkable changes through the Sacred Activations. These include healing of even the most seemingly impossible relationships, overnight recovery from debilitating illness and addiction, remarkable abundance.

Please join us in taking this next step forward.

Get Special Help from Tamra